The range of Xpeng cars in China has been completed with the expected novelty: the Xpeng G9 crossover. This is a pure electric car that can cover a distance of 700 km on a single charge in the top-of-the-range mono-drive version. Xpeng founder He Xiaopeng believes the Xpeng G9 can even compete with Porsche in China. Well, in terms of dimensions, this model is slightly smaller than the BMW X5. 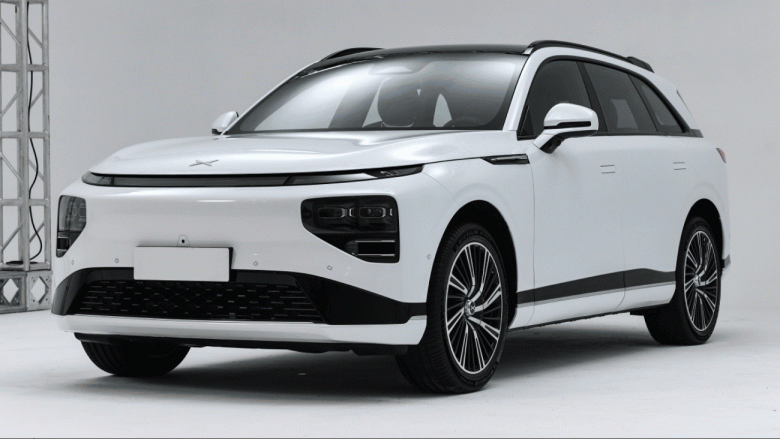 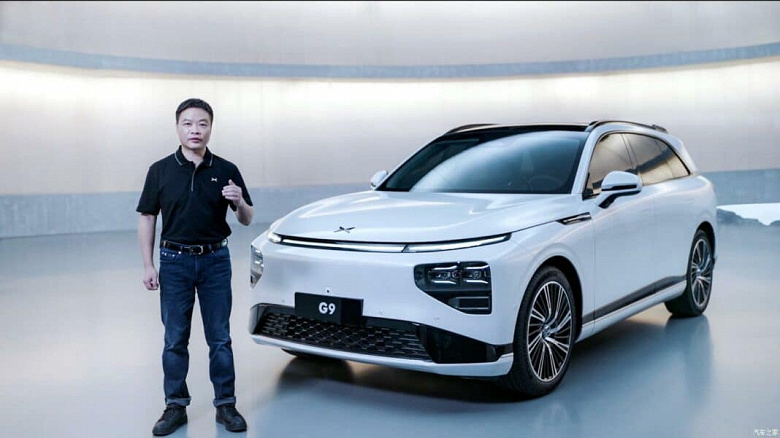 He Xiaopeng and Xpeng G9

The design of the Xpeng G9 with narrow headlights is made in the corporate identity called X Robot Face. It is easiest to describe with the words simplicity and minimalism. For a crossover, the Xpeng G9 has a low drag coefficient (0.27 Cd), which is probably facilitated by a spoiler on the boot lid, which regulates airflow from the rear, and door handles hidden in the body. Vehicle dimensions – 4891 x 1937 x 1680 mm with a wheelbase length of 2998 mm. 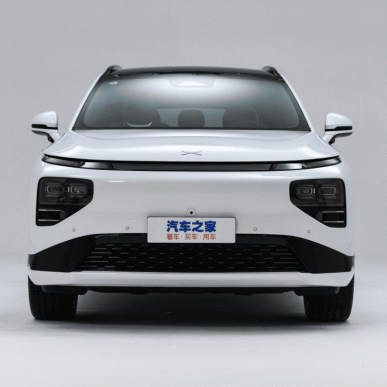 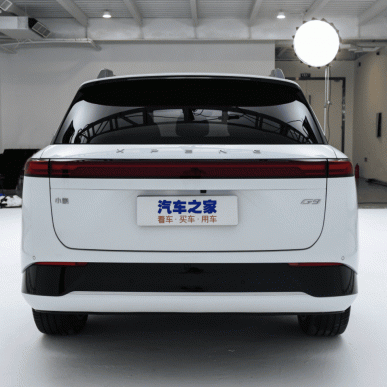 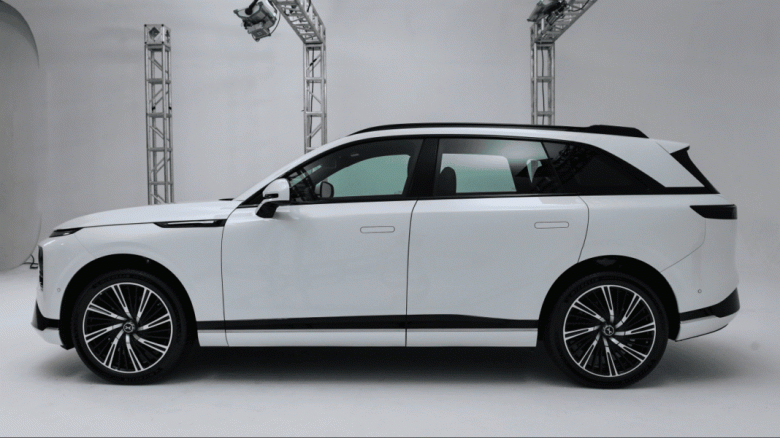 Indoors – also minimalism. Despite decent dimensions, there is no 7-seat option – there are only 5 in each version. Basically – a speaker system with 8 speakers. There is also an option with 22 Dynaudio speakers, but they charge a $3,100 surcharge for this option. 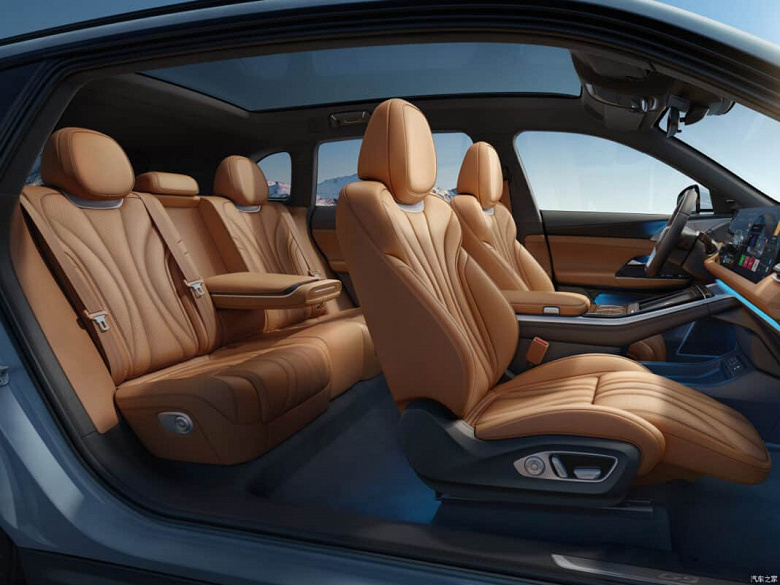 But inside, first of all, the central panel, almost dotted with screens, draws attention to itself. There are three. The digital instrument cluster uses a 10.25-inch screen and to the right of it two 14.96-inch screens are installed one behind the other. Everything is controlled by the proprietary X-mart 4.0 system, based on the hardware platform of which the Qualcomm 8155 SoC is. Of course there is voice control and a couple of wireless chargers in the cabin. 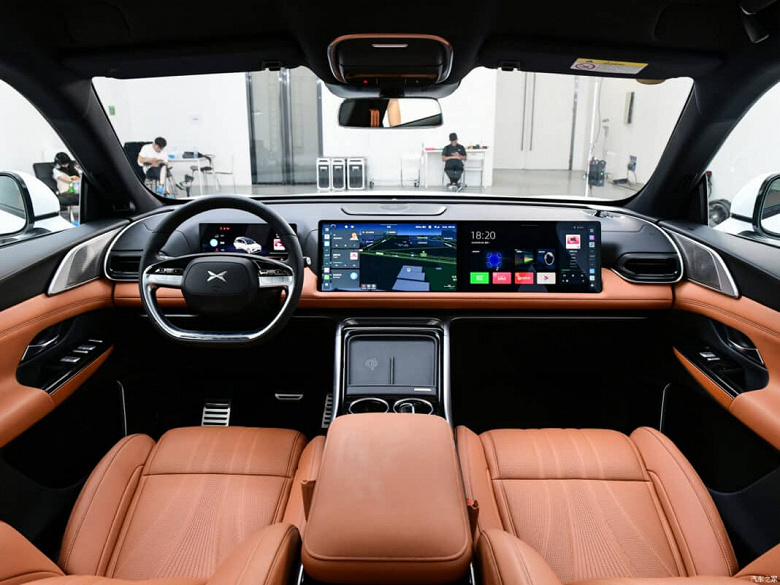 Xpeng G9 received XPILOT 4.0 autonomous driving system. It may not be as advanced as Tesla’s autopilot, but despite this, the car can drive on its own even in the city. The system comprises 31 sensors, including two (!) lidars and 5 millimeter wave radars. Nvidia Drive Orin chips are responsible for the computing power of the autopilot. 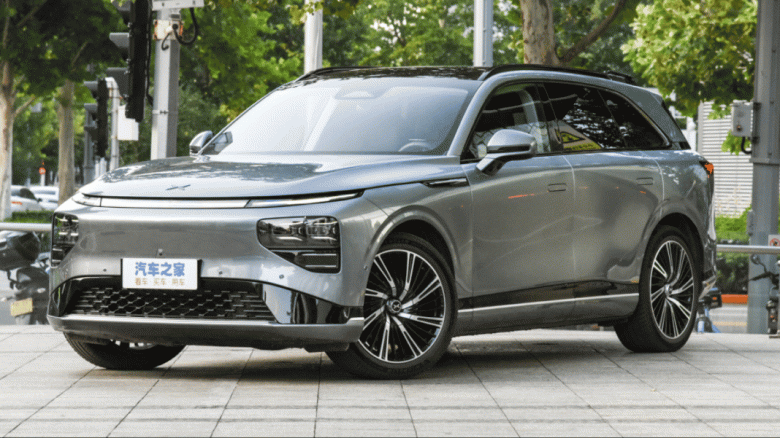 The crossover is built on the EEA 3.0 platform. The basic version is monodrive, with a power plant with a capacity of 313 hp. on the rear axle. It accelerates to 100 km/h in 6.4 seconds. The top version of the Xpeng G9 is four-wheel drive, with two engines with a total power of 551 hp. and acceleration to 100 km/h in 3.9 s. Interestingly, in both cases the maximum speed is limited to 200 km/h. 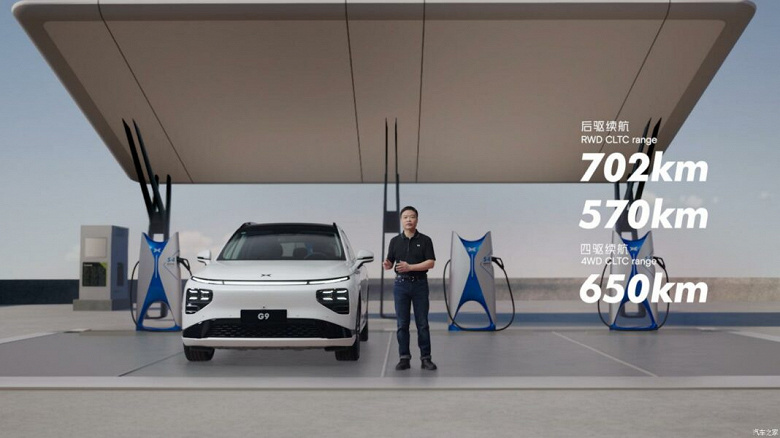 The base Xpeng G9 is equipped with a 78.2 kWh traction battery and has a CLTC range of 570 km. The rear-wheel drive Xpeng G9 also has a more ‘long-haul’ option – with a 98 kWh traction battery and 702 km of power reserve. A battery of a similar capacity is installed on the top version, but due to the increased power, the range is less – 650 km. Xpeng G9 supports fast charging – in 5 minutes the power reserve is replenished with 200 km. 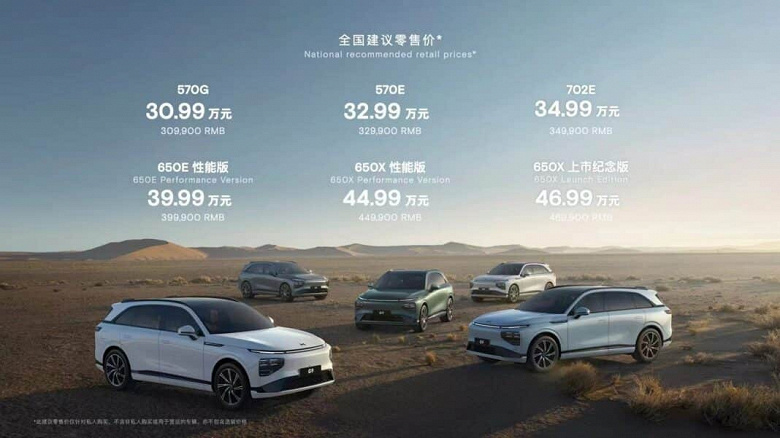 The base rear-wheel drive version of the crossover costs $43,700. The extended-capacity traction battery version is noticeably more expensive at $49,350. The four-wheel drive option starts at $56,400, but the Xpeng G9 with all options costs $66,300.

Tesla has up to 12 gigafactories, producing 20 million electric cars per year by 2030

Tesla has up to 12 gigafactories, producing 20 million electric cars per year by 2030